Police Records and Data in Alabama 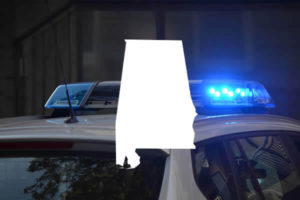 We will explore how to go about performing an Alabama police records search request directly online by accessing records from Alabama county police stations. In 1936 the Alabama Law Enforcement Agency began as the Alabama Highway Patrol. Since then the agency has expanded to cover more than just the Highway Patrol.

You can find it now consists of the Driver License Division, Alabama Bureau of Investigations, Protective Services Division, and the Service Division. In 2015 the agency created a new agency called the Alabama Law Enforcement Agency in an effort to consolidate the agency into one.

This new agency now patrols the 70,000 miles of Alabama roadways and also oversees the Marine Police and driver license systems in Alabama. There are over 250 police offers and 560 staff members employed today by Alabama’s Law Enforcement Agency. When performing an Alabama police record search you can expect to find many records.

The Alabama Police have more than just officers that patrol the streets and areas in Alabama. The division is made up of important areas that protect many places and areas in the state of Alabama.

This agency regulates and is responsible for the tobacco and alcohol sales that were set forth in the Code of Alabama from 1975. They oversee the licensing of all manufacturers, wholesalers, retailers, and importers in the state of Alabama. The Alabama Alcoholic Beverage Control board was created and past by the Alabama Beverage Control Act in February 1937.

The department’s main work is to prevent and respond to terrorism in Alabama. Alabama was actually the first in the United States to create a Cabinet-level Department of Homeland Security in 2003. This agency was created to coordinate policy to help fortify the state of Alabama from threats and attack from terrorist.

Alabama’s residents equally are the Alabama Department of Public Safety job to uphold the constitutions of the United States and also the State of Alabama. This includes promoting traffic safety, issuing driver licenses, making sure to enforce traffic laws, protecting people during natural disasters, riots, or other emergencies in Alabama.

The data below is from the Alabama Law Enforcement Agency.  They have up-to-date information on gun laws within the state of Alabama.  Some common questions in terms of gun laws.

Pistol permits that are issued in another state still valid in Alabama?  The answer at the time of this writing is yes.  Under Alabama code section 13A-11-85. Alabama will recognize a valid out of state permit.

Within the state of Alabama, a person can apply for a concealed handgun permit to the Sheriff or the county in which they currently reside in.

When talking about concealed handguns Alabama will only issue those to residents of Alabama through the Sheriff or their county of residence.

To learn more about gun laws in other states you should research the carry gun laws by state.

Try searching the county police station for police records in Alabama. These stations are a good area to perform an Alabama police records

If you know what county the record would be in then choose that county and search the Police website for public records. There are many Police stations that offer this service directly online.

If the Police station does not offer this method then you can try and contact the station by phone to see if you can gain records in person.