10 Most Dangerous Gangs in The United States

You are here: Home / Safety / 10 Most Dangerous Gangs in The United States

What are the most dangerous gangs in the United States? There are many gangs that are in the U.S. However some are more dangerous than others.

We will explore the top 10 most dangerous gangs that are present today. Some of the gangs we are going to explore have been around for decades and have massive followings.

Most of the larger gangs in the United State reach almost every state within the U.S.

The below 10 gangs are all dangerous and they are not ranked in any particular order. We considered them all to be dangerous and we wouldn’t want to face any of these gangs within any state in the U.S.

Most Dangerous Gangs in the United States

MS-13 is probably one of the most feared gangs within the United States. There have been many articles and news events on MS-13 in recent years.

MS-13 or Mara Salvatrucha is not just a gang that is in the United States but is considered to be an international criminal gang.

The gang started in the 1980s in Los Angeles, California and has spread nationally and internationally to a location like Mexico, Canada, and Central America. Most of the gang members are made up of Central American origin, especially El Salvador.

The Latin Kings have been around since the 1950s and have an estimated 50 thousand gang members in the United States alone.

It is considered to be one of the most brutal and largest gangs within the U.S.

It crime spree rains from drug trafficking to murder and racketeering.

Also known as the Calle 18, Mara 18, Barrio 18, or La 18 in Central America this gang ranks at the top of the most dangerous gangs in the United States.

It was founded in Los Angeles, California and has an estimated membership of 30,000 to 50,000 members in the United States. 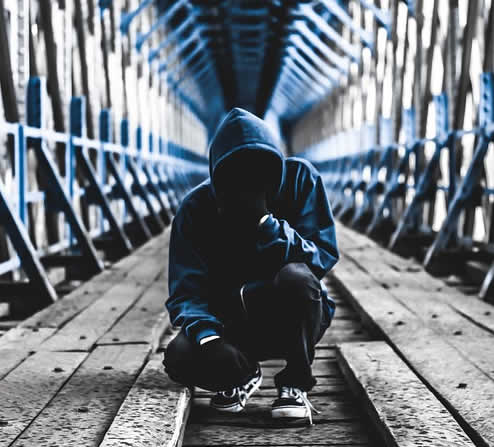 The Crips or Original Crip Homies are a gang in southern California. The Crips were founded in Los Angeles California in 1969 Members are known to wear the color blue.

The Crips are considered one the most violent and largest gangs in the United States that are involved in drugs, murder, robberies, and other crimes.

The Bloods are a major rival and has been at the center of a long war with the Crips.

The Bloods are the known rival to the Crips and can be identified by the color red, the Crips are a large gang that was founded by Pirus in 1972 in Los Angeles, California.

Pirus or the Piru Street Boys was formed in the 1960s and is what makes up most of the Original Blood gang you see today.

This gang operates primarily in the United States but does have some operations and members in Canada.

The Trinitarios was founded in 1989 in prison system of Rikers Island, New York. They are a very violent gang that is based in New York that is composed mostly of Dominican Americans.

Many consider this to be one of the fastest growing gangs in New York. There are roughly 7000 to 12000 gang members nationwide.

This dangerous street gang is based in California, Los Angeles and is made up of mainly Hispanic Americans. They have allies in the Mexican Mafia and some 60,000 members that reside in both America, Mexico, Brazil, and Canada.

El Paso, Texas 1986 is when the Barrio Azteca gang was formed. The gang found life from inside the El Paso jail system and has slowly grown outside of those jail walls. There are over 3000 members and they are known to do anything from smuggling to contract to kill.