Traits of a Sociopath (What to Look For)

You are here: Home / Safety / Traits of a Sociopath (What to Look For)

In this guide, we will explain what to look for in a sociopath and how to spot one.

The definition of a sociopath is a person who manifests itself in an extreme antisocial personality disorder.

Because a sociopath doesn’t act like the typical human when it comes to behavior, people want to know and are curious as to what sociopath person is like.

Do Not Confuse Sociopath With Psychopath

In the course of talking about a sociopath, you may hear people use the term he is a sociopath and or psychopath, these terms do not mean the same thing.

Sociopaths tend to have impulsive behavior and actually are seen by the public as disturbed individuals, especially under stress.

A psychopath, on the other hand, is considered to be very calculating and in some instances even charming to get with her or she wants.

Common traits of a Sociopath 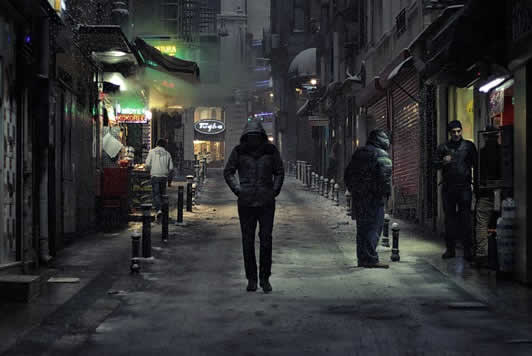 A sociopath could have 3 or more of these traits.

This is one of the most well-known traits of a sociopath person, it the lack of empathy they show and the ability to show remorse for there actions. This is a reason that a sociopath has a hard time in relationships. Instead of trying to bond with other individuals within their lives, sociopaths try to exploit relationships for their benefit by dishonesty, pressure, and fear.

People that have sociopath tendency are known for being deceitful and dishonest. Lying can be second nature and they even feel comfortable doing this. On the opposite side of the spectrum, they will often embellish the truth.

For the purpose of there own gain, sociopaths will manipulate people around them. Do not confuse this with being charming because not all sociopaths are.

There are plenty of individuals who do not have any charismatic tendency to them whatsoever.

One of the hallmark traits of a sociopath is the lack of conscience or the lack of remorse or guilt. They have a tendency to lack the conscience being of feeling what a typical person would feel when they do something wrong.

Most people would feel guilty or remorse over hurting or being deceitful to someone else, especially a friend or loved one. A sociopath lacks this conscious feeling of remorse.

A lot of times the sociopath find it hard to care about social or financial obligation within his or her life. According to Dr’s that treat this diagnosis, this is a common thing. Skipping work, or not paying bills would be a common thing among sociopaths.

For most people making rash or rushed decisions are something we try and stay away from. A sociopath would make these decisions within there everyday life day in and out, it would be part of there everyday life. Making plans in advance and sticking to these plans become very difficult.

Sociopaths Are Not Always Violent

Sociopaths most common thread is there ability to manipulate along with erratic and reckless behavior to achieve what they are after.

Also, keep in mind that just because someone has these traits this doesn’t mean they are sociopaths.

There are plenty of people who are not very nice or are into themselves and stop at nothing to get what they want, this does not mean they are sociopaths or psychopaths.

Sociopaths typically will repeat the same patterns of the above behavior, This is because he or she lacks the empathy or remorse to care about others feeling and is only out for there needs.

Because of this the sociopath typically would repeat the exact same behavior over and over. Remember, the sociopath doesn’t think of his or her actions or consequences that could happen by those actions, and it’s likely that he or she will not change. leaving the people around them confused and hurt in many cases.

The Most Famous Violent Sociopaths In History

In the ’70s and ’80s, people were petrified of this Milwaukee cannibal, rapist, and murderer that would sometimes eat his victims.

Was a charming man that people loved. He received a Man of the Year award from his city’s Junior Chamber of Commerce at one point of his life. This sociopath in the 1970s went on to brutally murder 32 men, which he then buried most of these victims under his house.

Check The Background of A Person

If you feel like there is something wrong with that person and they fit certain traits of a sociopath, run a criminal record check to see if that person has a history of criminal actions, or see if they have an arrest record. A record search will not say if a person is a sociopath, but it will shed light on their criminal history allowing you to make more informed decisions about someone.

Also, be sure to know that just because you run a background check on someone and nothing shows up within the reports does not mean they could have traits of a sociopath.  It just means they could have a clean background in terms of criminal or arrest records.  You have to use your judgment also when dealing with these types of issues.