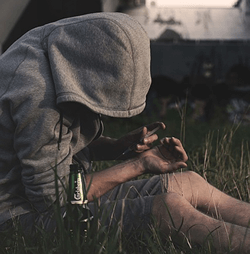 Heroin is considered to be one of the most addictive drugs.  It is derived from morphine and is used for its euphoric effect.

Heroin is a crystalline white narcotic powder that is derived from morphine.   Typically a user will inject this directly into a vein but the drug itself can be snorted, smoked, or inhaled.  The effects of this drug are rapid when used and the effects typically last no more than a few hours.

Did you know that heroin was sold legally within the United States up until 1920 when Congress enacted the Dangeround Drug Act making the drug illegal to sell?

But it was too late, Americans were already hooked on this drug and in 1925 there were estimates that almost 200 thousand were on and addicted the drug.  Today this drug still ravages people.  According to the National Survey on Drug Use and Health.

In 2016 alone there were 948 thousand people using this drug.  Ages 15-25 are among the most who use this form of a drug.  Selling drugs is a huge factor in the criminal records that are searched today online and in courthouses around the country.

« Back to Glossary Index