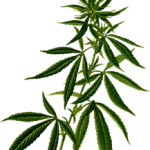 A plant in the family of hemp that can grow tall with divided serrated leaves that has glandular hairs on them is called cannabis.  The plant when ready is smoked or consumed as a mind-altering drug.

Marijuana or weed is another name for cannabis.  These plants are used widely for recreational use and for medical reasons.

There are 483 compounds that are known to be in marijuana but the main psychoactive part of the plant is called tetrahydrocannabinol (THC).   The main ways that this plant can be used in terms of getting high would that of smoking or eating it in the form of extract.

When smoked or eaten the person will get a high feeling or sometimes referred to as being stoned, that could change the mood of the person.  a major after-effect of getting high would be a large appetite.

There are over 240 million users of medicinal and recreational drug use.

Because of high THG-contents that are found in Marijuana, it is illegal to possess this in most parts of the world.

Even though some places around the United States are starting to see the medicinal benefits of this plant it is still looked at as an illegal drug that cannot be used without a special license or permit in most places around the U.S.

Marijuana usually has a THC concentration between 15 to 40 percent.  Hemp, on the other hand, has a much less concentration of THC.  in fact, for help to be legal has to have a 0.3 percent THC level.

« Back to Glossary Index