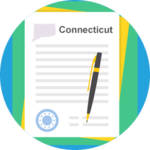 How to Find Connecticut Criminal Records

Start your search at the Law Library Services of the State of Connecticut Judicial Branch.

Here you can search for many different types of records. From case look-ups to finding criminal records.

You can also run a prisoner look-up search and sex offender look-up directly from the above website. This is a great resource when performing a Connecticut criminal records search.

Utilize a search service that specializes in finding public record data online. These services, while not official records, will provide fantastic results with little effort on the users part.

All you have to do is search their database by a first and last name. The system will search records from thousands of databases from federal, state, and county sources.

Try searching the county Sheriff’s website to perform a Connecticut Criminal Records search directly online. Simply search in google for the county and add in the search term as follows:

This should bring back the official Sheriff’s website. Most of these websites now have an online search that you can search for records directly online.

Data from the Federal Bureau of Investigations

Learn how the crime rate in Connecticut stacks up against the United States as a whole in terms of criminal statistics like violent crimes, and property crimes. This data will be updated from time to time to keep it up-to-date when the new year data is released.

Robbery rate in Connecticut vs the United States as a whole

Looking at the 2017 data from the Federal Bureau of Investigations we can see that Connecticut had a rate of 13.7 incidents per every 100 thousand people. The rate was lower than the national average as a whole. It was also lower as a whole from 2007 to the 2017 report.

This data will show the burglary rate in Connecticut compared to the rest of the nation. In 2017 we can see that there was a rate of 247.8 burglaries per every 100 thousand people. From 2007 to 2017 Connecticut stayed lower than the national average.