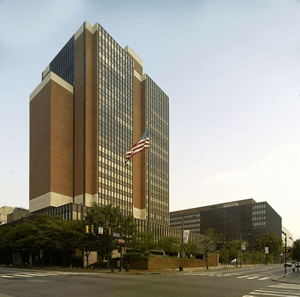 The Federal Third Circuit Court of Appeals is a federal court that has specific jurisdiction over certain states.

This page will explain facts about the Federal Third Circuit court of Appeals and how to find Docket and record information online.

We will also explain some interest and high profile cases of the Federal Third circuit court of appeals.

The Third Circuit has twelve judges and they are appointed by political parties.

If you or someone you know needs to visit the courthouse be sure your aware that all visitors to the Third Circuit courts will be screened before entering.

Purses, briefcases, packages and anything of similar nature will be x-rayed. You cannot bring recording devices, cameras, weapons of any kind into the courthouse.

Be sure to have with you a valid ID with a photo as this will be required before entering the building.

Notable cases from the Third Circuit

FBI’s racial profiling kept Secret
Year: 2013
Summary: The Third Circuit three-judge panel found that when the American Civil Liberties Union of New Jersey requested documents from the Federal Bureau of Investigations they were properly withheld. In this case, the ACLU filed an FOIA request seeking to gain access to records concerning the FBI’s use of racial and ethnic data.