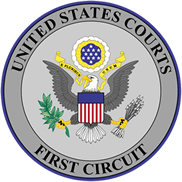 The only courts that this circuit is lower in terms of power would be the United States Supreme Court.

Only a very small portion of cases that are heard by the First Circuit will actually go to the United States Supreme Court. There are cases, but not often, that get petitions to the Supreme Court to review the circuit court’s decision.

The United States Federal First Circuit Court that is a federal court that appellate jurisdiction over the following districts :

This circuit in terms of size has six full-time judges. This is the smallest of all the thirteen courts of appeals On March 3, 1891, The United States Courts of Appeals for the 1st Circuit was created by the United States Congress.

The 1st Circuit Court is seated in Boston Massachusetts and it has secondary divisions in Worcester and Springfield.

On January 28th, 1915 Puerto Rico was assigned to the First Circuit Appeals Court.

As of 1984, There are currently 6 Authorized Judgeships within the First Circuit Court.

How does the First Circuit Courts Work?

Many different cases are handled by federal district courts. This will include civil, a felony, and criminal cases that carry penalties of 75,000 or more.

The 1st Circuit of appeals oversees five district courts that reside within its region.

These are all the important links to all the jurisdiction states that are under the First Circuit Jurisdiction.

United States Court of Appeals for the First Circuit

The suit was brought by solo law practitioners who alleged that the defendant violated a Computer Fraud and Abuse Act when they issued a software license key that expired on the date of May 32, 2011, Even though the key was a never expiring permanent license to the software when issued.

The district court’s adopting the judge’s report where plaintiff did not launch the essential 75,000 amount in controversy.

Massachusetts against a federal Indian tribe that was looking to have gaming pursuant to the Indian Gaming Regulatory Act, on its trust of lands. The Indian tribe was stating that if any gaming on the Settlement Lands should not be subject to federal laws, but to state law regulations.

The district courts were in favor of the government is reversed:

One: The Tribe did exercise more than enough Governmental power to please any necessities of IGRA

Two: The Wampanoag Tribal Council Indian Claims Settlement Act of 1987. has been impliedly repealed by the IGRA in relevant part. 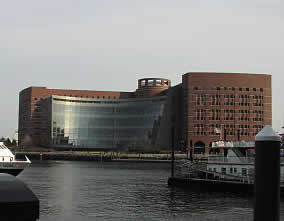